Prisoner punishment during the 19th century took the form of solitary confinement, the treadwheel, the shot-drill, whipping, and stone breaking. 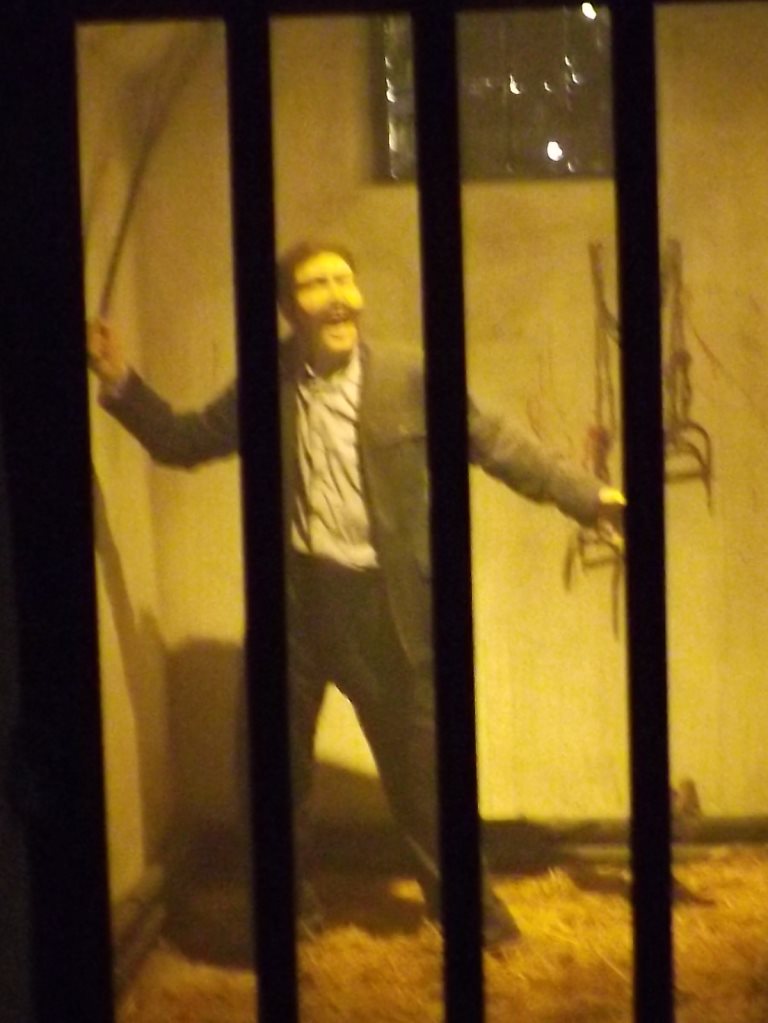 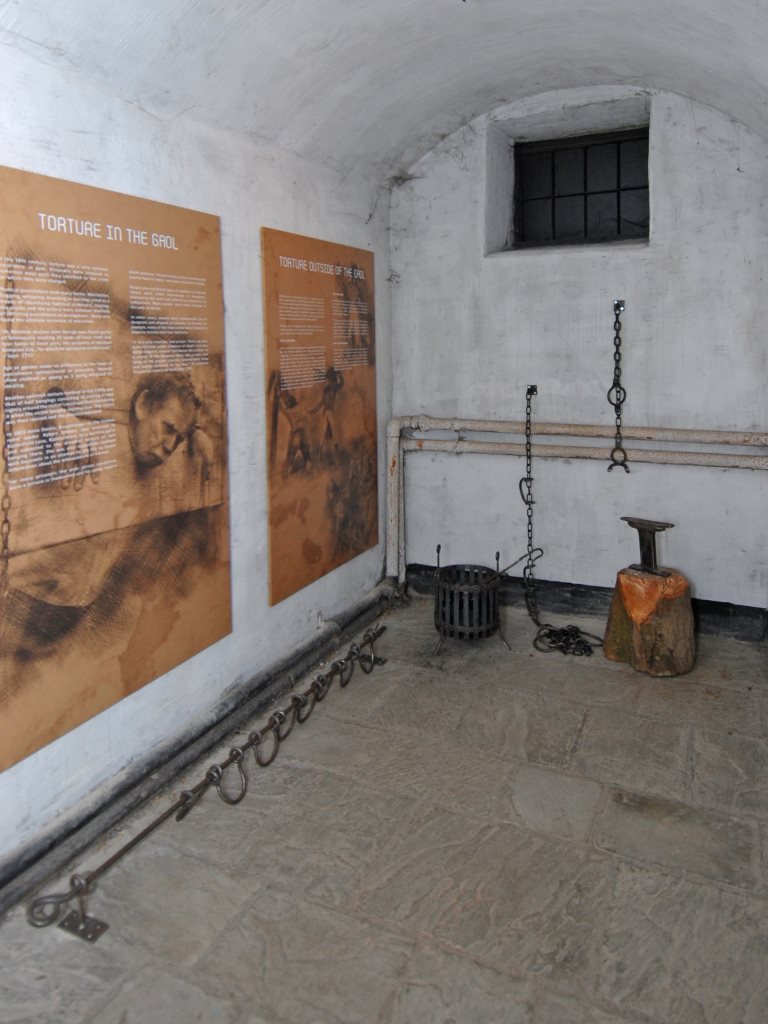 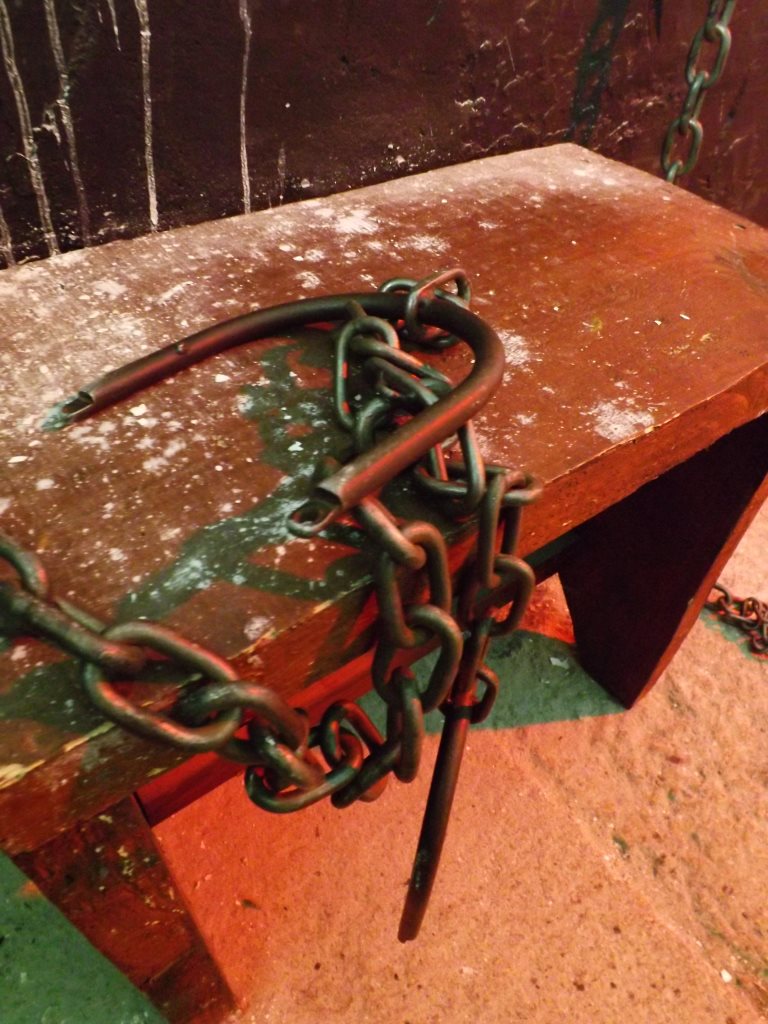 After his visit of September 18th 1866, the Inspector General noted:

“There was no punitive labour in operation at the period of my official visit, but at other times it is carried out by the tread wheel, which is not applied to any remunerative purpose, and by shot-drill.”

Perhaps the most common form of punishment was whipping, or ‘flogging’, as it used to be known. This could be ordered by the Governor in response to misconduct, or by the Magistrate as part of the sentence. It was usually juveniles who were given this punishment and the whipping itself was carried out by other prisoners.

Overcrowding was a concern for the Gaol Governor during the 1850s and 60s. The mines at Avoca and Glendalough, the building of the railway, the harbour improvements in Wicklow and Arklow and the construction of the reservoir at Roundwood all brought migrant workers into the county.

The high wages earned by these workers brought about an increase in drunkenness and disorderly behaviour and more inmates were incarcerated in Wicklow Gaol. However, both the Governor and the Inspector-General remarked that by the late 1850s juvenile crime had decreased. This, they believed, could be attributed “to a wholesome fear of the sentence of whipping”.

The treadwheel was a torture device invented in 1818 by William Cubitt. It was introduced to Wicklow Gaol in 1820.

Known as ‘The Everlasting Staircase’, it was a wide, hollow cylinder, usually composed of wooden steps built around a cylindrical iron frame. As the treadwheel began to rotate, each prisoner was forced to continue stepping along the series of planks. The treadwheel was partitioned with stalls so the prisoners could not speak during punitive exercise. The prisoners were expected to work the wheel for three hours daily in winter, and four in summer.

The device served no purpose other than to punish and torture. It was designed to handle a large number of prisoners, and as many as 40 inmates were punished together in some cases.  The use of treadwheels was eventually abolished in Britain by the Prisons Act of 1898. 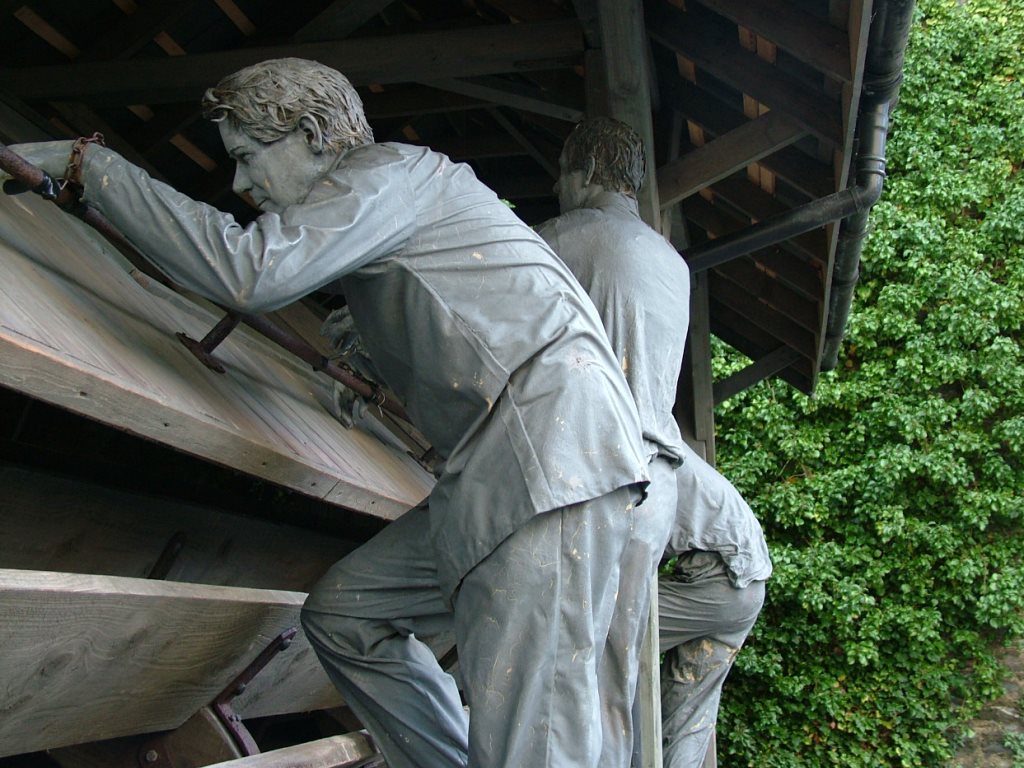 The shot drill was a heavy steel ball resembling a cannonball. Although a harmless inanimate object in its own right; it had the capacity to render a prisoner weak, tired and hungry.

A man sentenced to hard labour stood above the shot or ball and, when instructed by his turnkey, bent his back but not his legs down to the level of the steel orb and lifted it to chest height. He was then instructed to hold it for a few seconds before replacing it, either to his right where another inmate was standing, or back to the same spot where it was first picked up.

This punishment was to be done in complete silence. If a prisoner made a sound replacing the shot, his rations were taken away for a day. With the little amount of food they were already receiving, this was more severe than the punishment itself.