The 18th century Age of Enlightenment saw groups of intellectuals studying and attempting to reform society. This movement led, indirectly, to 19th century prison reform in Europe, and, specifically, to British government control and supervision of all prisons in Britain and Ireland.

Originally known as ‘The Gaoler’, the Governor was now a proper government official in charge of the day-to-day running of Wicklow Gaol. The Governor was responsible for the health, sanitation and education of all prisoners. The Governor position was created so that its occupant:

Though exceptions existed, there was now no need to be as self-preserving and sinister as the ‘Gaoler’ had once been. The Governor had to compile a monthly report on the running of Wicklow Gaol and was in charge of a handful of others who also worked there, such as the Turnkeys (see below) and the Matron. Each member of staff was now paid a healthy wage and each prisoner was fed by the authorities. In Wicklow Gaol, the first Governor was Edward Storey. He was married to Mary Storey (née Morris) who was also the Matron. 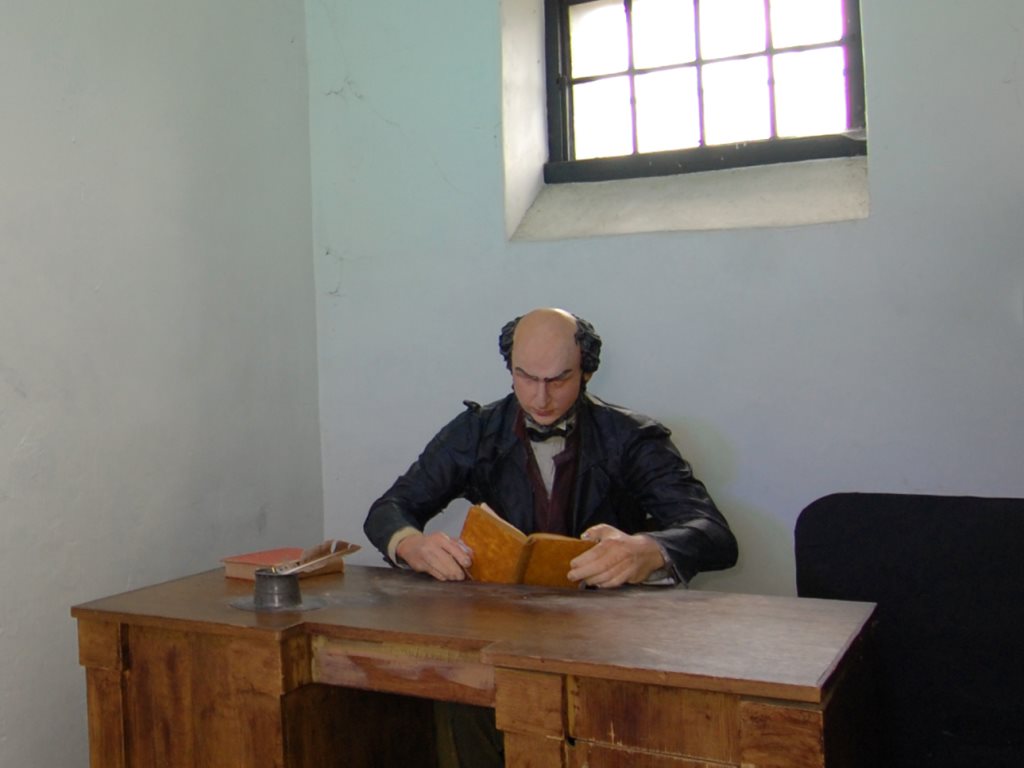 In the 1800s Turnkeys (formerly known as guards) were part of the jail staff working under the Governor. They were prison guards but their role, aside from facilitating the movement of inmates within the prison walls, enforcing security and feeding the prisoners, also included literacy and the teaching of trades. In order to achieve this, the appointment of turnkeys who were also tradesmen was necessary and so the turnkeys working in Wicklow Gaol included a painter, a tailor and a shoemaker by trade. Others acted as school masters. In the 45th report of the Inspectors General of Prisons in Ireland on the general state of prisons, it was noted on the 15th September 1866 that there were five turnkeys employed at Wicklow Gaol at an annual wage ranging between £30 and £35, or the equivalent of €3,000 in today’s money.

Wicklow Gaol’s bell system indicated which prisoners required the attention of staff. It was another improvement resulting from prison reform.

The system consisted of a network of cables running over the cell doors via a metallic conduct and feeding into the side of each door. A lever inside each cell connected to the cable network and triggered the main bell hammer. This opened up a metallic flap outside the cell to indicate which cell required attention. 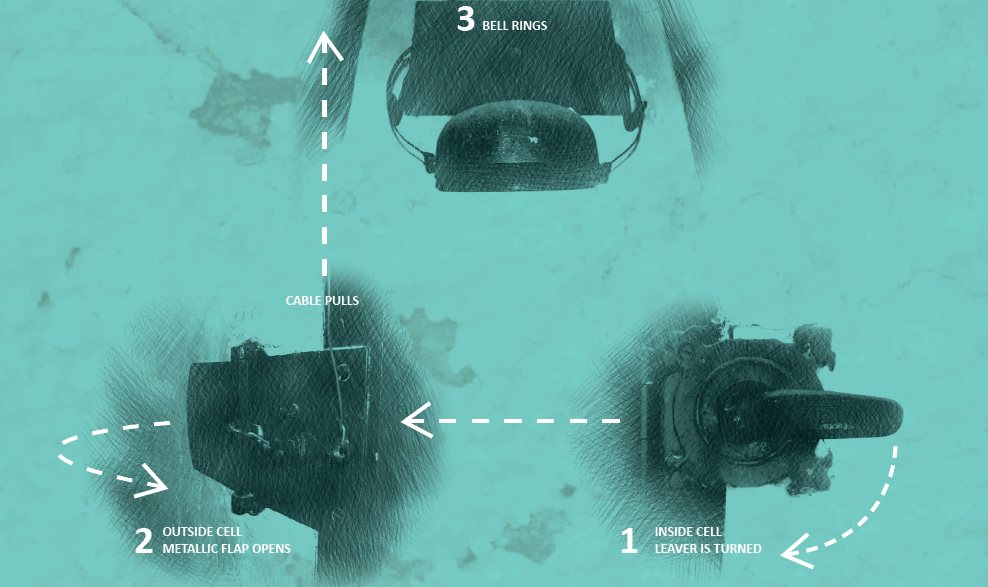